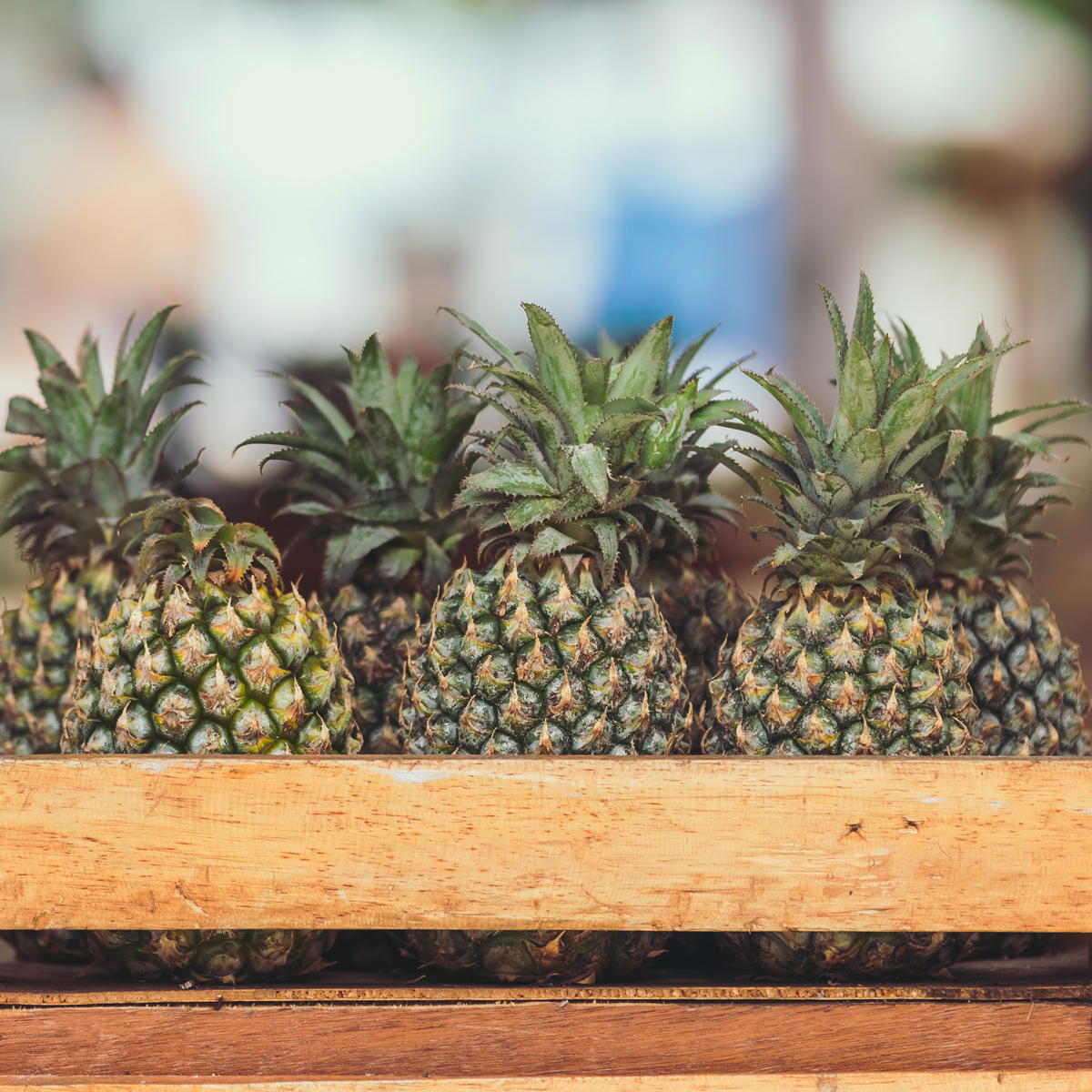 Pineapple is an exotic fruit originally from South America, known to pre-Columbian civilisations but even found in some mosaics from Roman times. In many languages – including Italian – it is called 'ananas', which comes from its Indian name, anana, meaning perfume. After the discovery of the Americas, the Spanish and the English brought pineapple cultivation to Europe and today the fruit is commonly eaten and enjoyed. Its external appearance consists of long lanceolate leaves and rosettes, from which the inflorescence emerges.
Pineapples thus became available to consumers on the continent, but as a great luxury: this type of cultivation did not allow mass production, and the pineapple became an essential status symbol on the tables of European royalty, so much so that they began adding to Piña the appellation of Royal or Queen Piña. 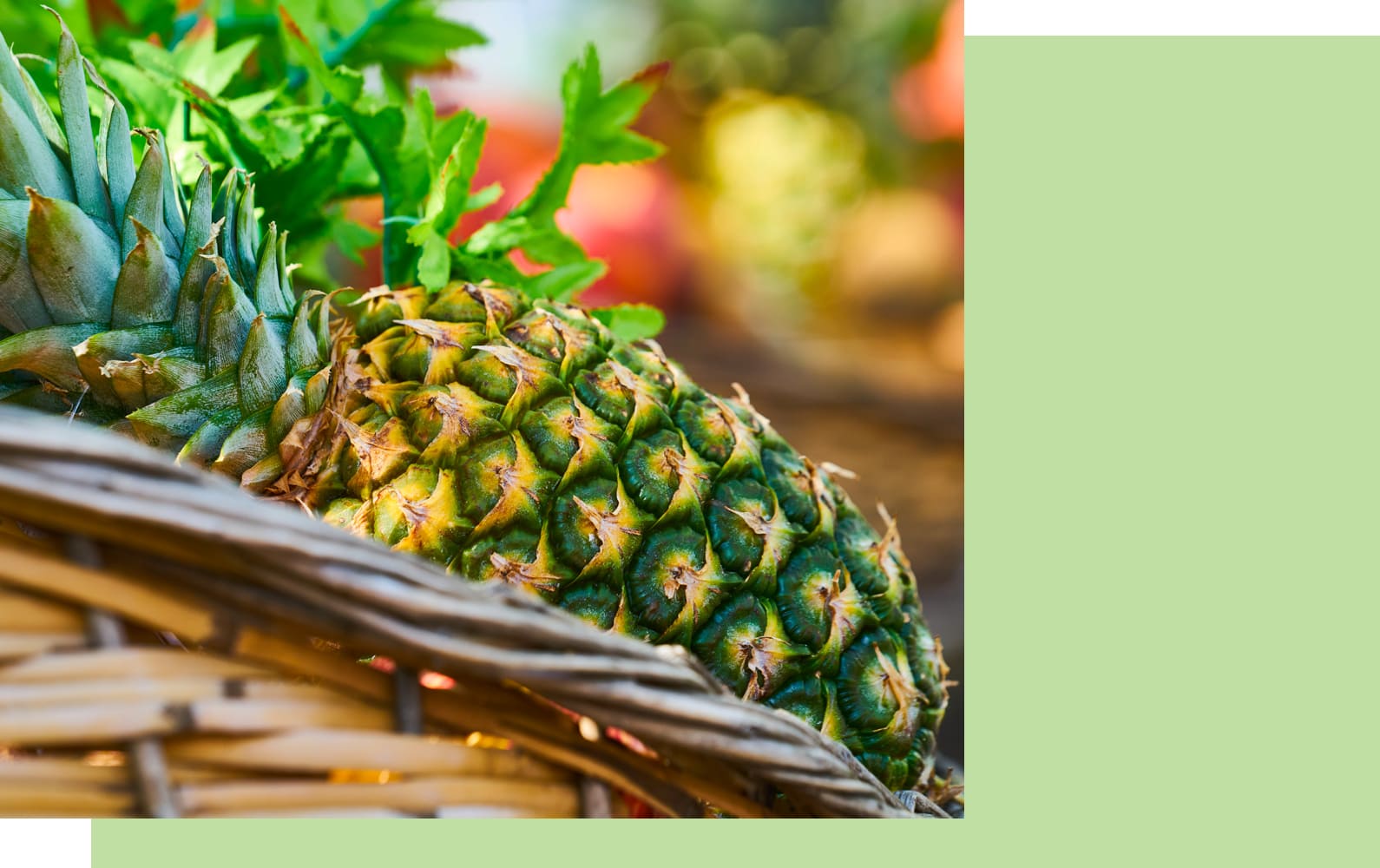 Both the juice and pulp of the pineapple form the basis for completely natural cosmetic remedies and beauty preparations: from hair wraps to face and body scrubs. A pineapple face mask restores firmness and luminosity to the complexion and is also suitable for the most delicate and sensitive skin, while pineapple-based body treatments owe their effectiveness to the powerful draining action. 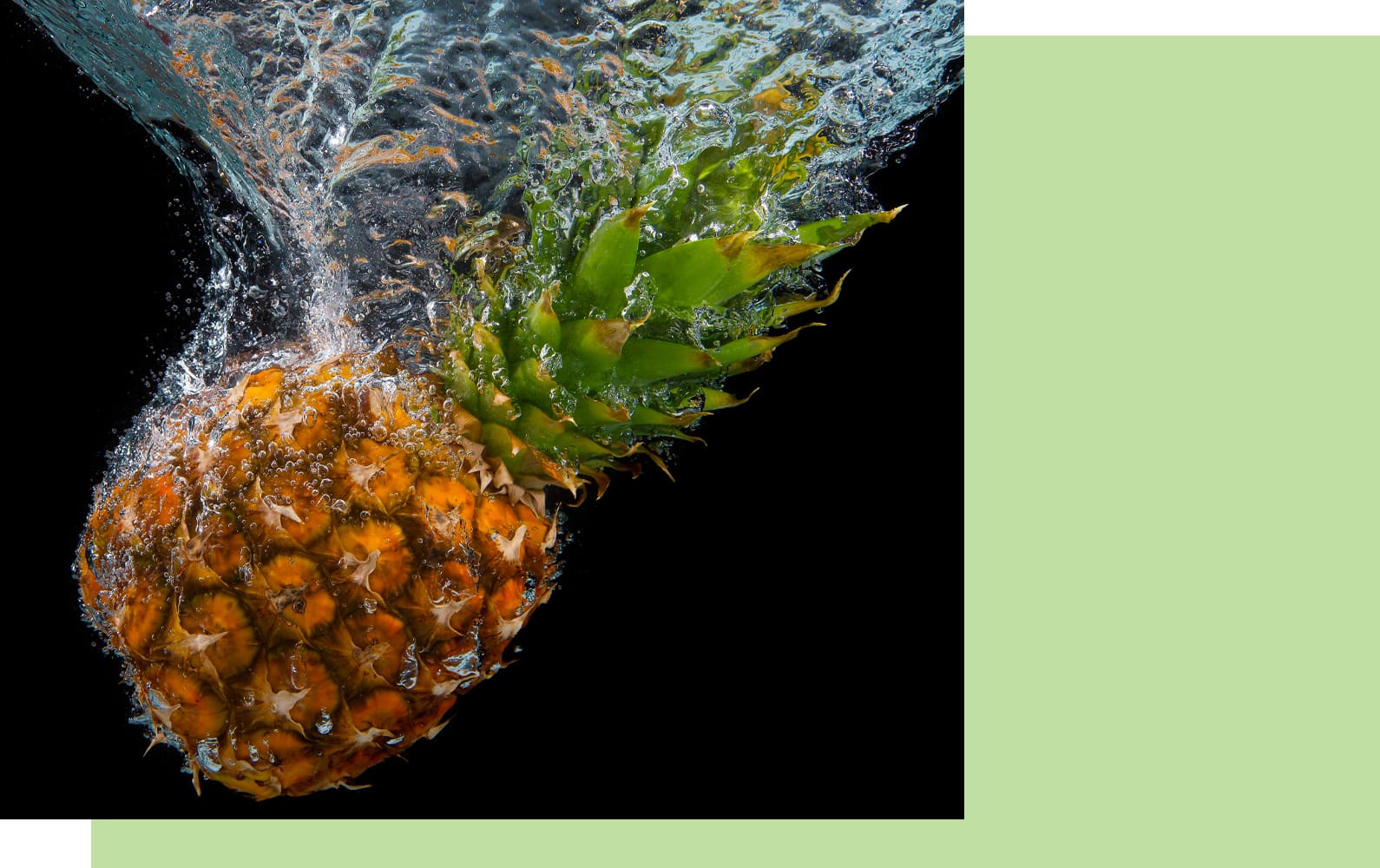 Pineapple has an antioxidant, moisturising, nourishing and illuminating action on the skin, and likewise on the face to combat and delay the appearance of wrinkles.

It's the perfect ingredient to keep your skin silky and radiant.